Umaru Bangura ‘not yet ready’ to quit Leone Stars 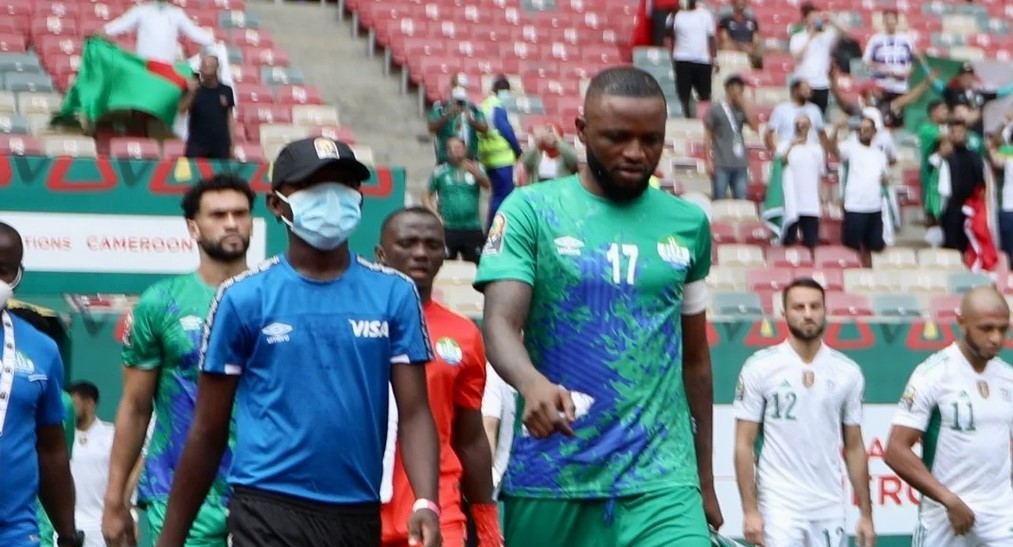 One of the most capped Sierra Leonean players Umaru Bangura insists he’s not yet ready to retire from international football and he’s staying on as captain of Leone Stars.

The 34-year-old featured in all Leone Stars three games against Algeria, Ivory Coast and Equatorial Guinea at the ongoing Africa Cup of Nations (Afcon) in Cameroon.

He was expected to quit international football after his country exited the tournament at the group stage last Thursday as he has been playing for Leone Stars for over 15 years now.

“I’m not yet ready to quit. I’m still strong, still have power and good enough to continue playing,” Bangura who plays for Swiss side Xamax Nuchatel told Sierra Leone Football.com.

“I’m the one who is playing football, I know how I feel, if I feel like I’m tired I’ll know what to do.”

“I don’t think someone should dictate to me when to quit.”

“I’m 34, I’m a central defender, the next person who lasts longer on the pitch after a goalkeeper is a defender.”

“So I’m still good to go and ready to continue. When I feel like I’m tired I’ll quit, I still have lots of work to do with the national team, and I’ll continue to serve my country.”

In September 2019, Bangura considered quitting the national team after his house was targeted by angry fans for missing a penalty against Liberia that cost them a place in the group stage of the 2022 world cup qualifiers.

He made his international debut against Mali in Freetown in September 2006 in the 2008 Afcon qualifiers and has been playing regularly since then, missing only a few matches.

Bangura who skippered Leone Stars at Afcon in Cameroon was his first major tournament for his country who took part in the tournament after 25 years absence.

The former Mighty Blackpool defender says he’s delighted to lead his team at the tournament.

“I’m happy to be at the Nations Cup and was able to play all three matches full time.”

“I feel good about the entire team, we did a good job.”

“The tournament means a lot to all of us the players because it was the first time we were playing at the Afcon. It’s a team come true.”

“I felt so emotional, I feel good leading my team at the Afcon. I feel really proud. It’s the wish of every African player to play in the continent’s number football tournament,” he added.

Sierra Leone’s next competitive fixtures will be in qualifiers of the 2023 Afcon in June, and Bangura believes his country is now a threat to other countries.

“I feel that our performance at the Afcon has lifted up the confidence of the players going to the 2023 qualifiers.”

“Sierra Leone are now a threat as we’ve now been considered as a footballing nation.”

“Whatever group we find ourselves in, they’ll take us seriously, they’ll fear us because we’re a good team.”

Bangura returned to Freetown from the Afcon with the bulk of the Leone Stars players and he’s soon expected to go back to Switzerland to re-join his club for the second half of the season.