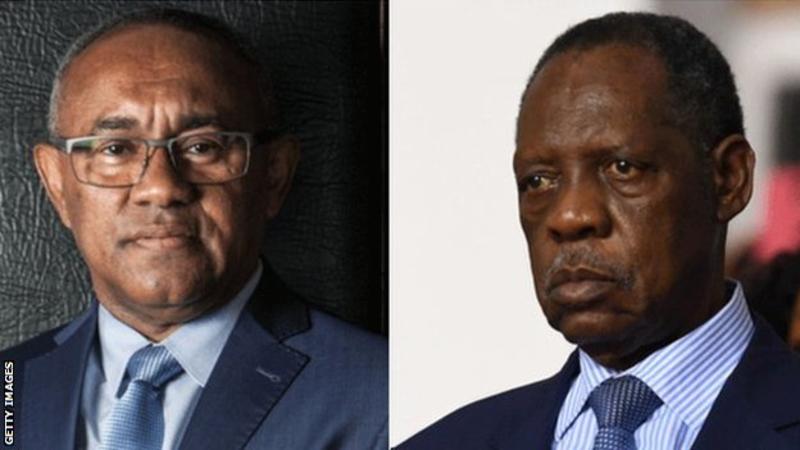 “It’s time we introduce a new regime,” says Liberian Football Association president Musa Bility ahead of what has been described as the most important Confederation of African Football elections for almost three decades.

African football goes to the polls on Thursday to choose a new Caf president and for the first time since he came to power in 1988, incumbent Issa Hayatou faces a serious challenge.

Only twice before has the Cameroonian run against another candidate and he swept aside both with ease: Angola’s Armando Machado in 2000 (by 47 votes to 4) and Ismail Bhamjee of Botswana in 2004 (46-6).

This time many believe Hayatou’s opponent, Ahmad of Madagascar, could change the status quo.

Bility, who has long been a thorn in Caf’s side after speaking out on several issues, told BBC Sport. “The reality is that football has come to be more active, more democratic, more involving – and we have to do that.

“We have to follow the path of the rest of the world, as Africa cannot afford to be left behind. I believe that Africa is ready for change. This is the first time in the history of (Hayatou’s) Caf that there is a real and possible challenge to the leadership.”

Under the 70-year-old Haytou’s control, African football has changed immensely.

If President Hayatou wins, there will be rancour and I would foresee a period of uncertainty

He has, among several measures, overseen the expansion of the Africa Cup of Nations from eight teams to 16, the increase in the number of Africa’s World Cup representatives (from two to five), remodelling and financially boosting club competitions as well as greatly boosting Caf’s finances.

The 2007 introduction of the African Nations Championship, which is like the Nations Cup but only using footballers who play in their domestic league, has proved very popular while it was also on the Cameroonian’s watch that Africa staged its first World Cup in 2010 (in South Africa).

Despite the myriad achievements, Bility believes time is up for veteran Hayatou and that a new leader should steer African football into the future.

He believes Ahmad, who outlined a desire for improved governance, with a commitment to increased transparency and reinvestment in his manifesto, is the right man.

“He’s presented a programme to all 54 countries – I’ve never seen this before,” added Bility.

“Normally, we go to elections and there are no promises. There is nothing to hold the president against. This time around, we have a guy who is running on something we can hold him to.

“The other candidate (Hayatou) does not care to give a programme. He just goes through election after election, acclamation after acclamation. There is no promise made to us, therefore there are no obligations nor broken promises. This is what we need to change.”

With Hayatou’s critics saying he runs African football with an iron fist while relying on a handful of close advisers, Bility believes Caf will benefit from different personnel and fresh ideas.

“It’s not to say that Hayatou has not done much for Africa – African football has come of age – it’s to say that there is no way that you can keep an individual in authority for over 29 years. There is nothing new expected,” he claimed.

“Ahmad is from a country that is struggling to develop football. He understands the difficulties we go through as presidents.”

The southern African football region Cosafa, which encompasses Madagascar, has said it will vote for Ahmad – which accounts for 14 votes (a tally that might be less given Comoros has offered its vote to Hayatou) – while Nigeria and Djibouti have also publicly backed the Malagasy.

Nigeria’s federation president Amaju Pinnick told BBC Sport he believes there is a need to change the “tiny cabal” that runs Caf, so echoing Ahmad who spoke of the need to reconcile the African football family in his manifesto.

There is also a need to repair relations with Fifa, which frayed after Caf instructed all its members to vote for Bahrain’s Sheikh Salman in the football’s world governing body’s February 2016 elections.

When Gianni Infantino assumed the Fifa presidency instead, Caf was left exposed.

“You can see clearly that Caf and Fifa are not moving in the same direction,” says Bility.

“If President Hayatou wins, there will be rancour and I would foresee a period of uncertainty.”

Despite his desire to see Hayatou replaced, Bility is adamant the Cameroonian should be afforded a befitting send-off.

“We’d like to see President Hayatou retire honourably. We’d like to thank him for everything he has done for African football. We want to respect and make sure his time is recorded in history – with due honour given,” he said.

“But at the same time we want to move forward to a new development and a new generation of leaders. This is not a campaign in which we are going to get involved in mud-slinging and bad-mouthing – we just want change.”